Shibari for Lovers and A Black Tie Affair 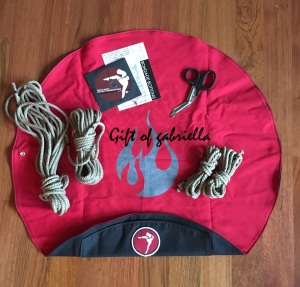 Yesterday was just a magnificent day! We went to two events that were spectacular in their own ways.

The first event was Shibari for Lovers, presented by Seattle Shibari and the Foundation for Sex Positive Culture. It was a small group, limited to eight couples, making it very intimate and gave us a lot of access for personal instruction. The goal of the class was to learn how to make rope play more intimate and connective between the top and bottom, increasing the intensity of the scene. And, wow, did it meet that intention!

While we only learned a few ties:

we came away with a new way to connect with each other through rope, and an understanding that a rope scene can be so much more than just tying someone up (or being tied up). Varying the speed, positioning of the top and bottom, timing movement with breath, eye contact, and more, were ways we learned to increase intensity in our play. It was very similar to what we learned in Midori‘s Exquisite Whip class.

Something that came up in Midori’s class and this one was setting an intention for the scene during negotiation. Since we are 24/7 D/s and have a negotiated BDSM checklist, we really have never negotiated our scenes with each other, only play with others. We both felt that everything had been pre-negotiated and we didn’t have to do that step. But we’ve learned that negotiating the intention of a scene can make a HUGE difference in connection and fulfillment for both the top and the bottom. Asking, “What do you want to get out of a scene today” or explaining what you would want to feel with a scene and discussing whether that fits with the other person, negotiating, and getting enthusiastic consent is crucial for moving a scene from good to phenomenal. Perhaps the top wants to have a scene of control and aggression but the bottom is looking for something playful and fun–this mismatch, if not communicated and used to adjust the scene can take away from the outcome. We’ve never done this! But we can see how it can take our scenes to a new level and we will be implementing this from now on.

Note, it doesn’t take away from the mystery of the scene. Maximus does not have to describe step-by-step what He is going to do, just the intention of the scene. And it does not mean i cannot request certain activities or ask that some things not be included–if my nipples are sore and i don’t want to have nipple torture done in the scene, i can communicate that to Maximus. For us, we have negotiated our kink activities and unless i communicate my non-consent for any of them, they would be on board (that’s our agreement)–it would be different if we were playing with others, the negotiation would include what activities we’d be interested in or not wanting to do/have done. But what it does is get us in the same mindset and connect us more emotionally. We love that!

There was so much energy exchanged between us during the application parts of the class in micro-scenes that by the end of the class, Maximus was dopey and i was spent! It was just a delicious class.

Maximus and i had signed up for this class as part of a package from the FSPC called “Bondage Lovers’ Delight: Day and Evening of Delights.” It included the Shibari for Lovers class, a limited edition custom Monk Sak with rope from the Twisted Monk, and admission for two to the Black Tie Affair that night. 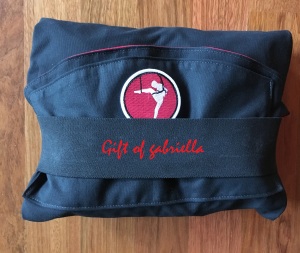 We received our Monk Sak at the class and it is beautiful (it’s the image at the top of this post)! Twisted Monk screenprinted them with the CSPC/FSPC logo and filled them with hemp rope, safety shears, and DVD of his rope videos. We learned last night that our saks were one of a half-dozen of these custom designed and we are honored to have one. It will be so nice to have a space to set out our rope and supplies during events.

We headed home for a couple of hours for a nap and decompression after the class before getting ready to head to the Black Tie Affair. This event, held by the Art Activist Society, was a benefit party for the 15th annual Seattle Erotic Art Festival. We had never been before and had no idea what to expect. The tickets said to dress to impress in your version of formal, fetish-wear and included a bondage theme. Maximus wore his tux with vest and jacket, colorful socks, and His Michael Toschi black leather shoes with red stitching to match my outfit. i wore a floor-length, off-shoulder, long-sleeved sheer black lace dress with red panties, black and red below-breast corset, my black vinyl boots with red ribbon side lacing, and my collar. Having not been before, i was concerned that being able to see my bare breasts through the sheer lace above my corset would be a problem, so i wore the black lace and leopard print silk and cashmere shawl Maximus bought for me in Las Vegas a few years ago so i could cover myself up, if necessary (turns out it was not necessary at all!). We both felt elegant and sexy! We tried to get a selfie before we left the house, but the selfie-stick wasn’t cooperating and we bagged it to prevent being late!

The party was held at artist Steve Jensen‘s studio in Capital Hill. His art is amazing and we thoroughly enjoyed talking with him and learning all about the inspiration to his art. Twisted Monk had an interactive art piece he’d custom made for the event, which he explained beautifully to us one-on-one. It consisted of a person tied in an apparatus with ropes over pulleys from which hung buckets with labels such as Passion, Inspiration, things that cause us to support things such as art; and we were all asked to select gold rocks, which represented what we have to give things that are important to us, and put the rock in the bucket that matched our personal cause. When you put a rock in a bucket, it pulled on the rope of the person tied in the apparatus and moved their position! Photos of the art selected for April’s Erotic Art Festival were shown on the wall of the gallery for pre-purchase.

Then, as if it wasn’t fantastic enough, Steve and his partner, 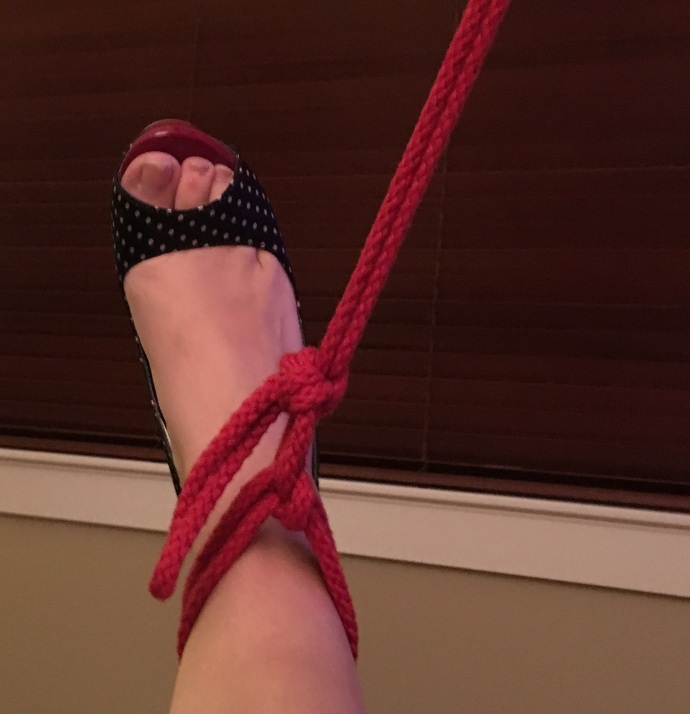 Because i was gone the 21st visiting family, we didn’t have training that day, thus the skip of a weekly training.

Here are the specific items that changed. Note, there are two answers for each activity on my checklist. The first answer indicates whether i’ve ever tried that activity before (Yes = I have participated in this activity before/No = I have not participated in this activity before).  The second answer indicates my level of  interest in engaging in that activity on a scale of 0 – 5, NO,?, +, ! or a combination: 0 = I have no interest/don’t like this, but would do it to please you. 1 = Not very interesting/don’t really enjoy this too much, 2 = This is OK, 3 = This is nice/fun/interesting, 4 = I really enjoy/think I’ll enjoy this activity, 5 = I LOVE THIS/CAN’T WAIT TO TRY THIS, NO = Hard limit.  I will not participate in this activity at all, at this time, ? = Unfamiliar with this activity, + = I’m scared of this but would possibly like to explore it, ! = I’m embarrassed to admit I like this.

i’ll work on updating the contract page to reflect the recent work we’ve done on all aspects of our contract, including the appendices.

After completing the checklist, Maximus did some basic rope practice with me. We recently signed up for a Bondage for Sex class at the Foundation for Sex Positive Culture and since it’s been quite a while since we had any rope instruction, Maximus wanted to go over some basics. The class requires proficiency in the single column tie, so went to The Twisted Monk‘s website and reviewed his video on the technique.

The class is Dec. 10th, and we’re super excited to attend. It’s the first in a three part series of rope bondage and will cover:

It’s so good to be back into consistent training. i’m looking forward to what Maximus has next.