We’re NOT Fucked Up

Posted on September 7, 2013 by gabriella 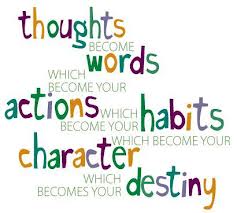 It came up when we were with Kilt and Rhodie. Rhodie kept apologizing when describing their kink, worried she might be offending us, and to assure her, Maximus said, “Don’t worry, you’re just as fucked up as we are!” Now i love Maximus and i know what His intent was, to make Rhodie realize that their kink was not offensive to us and that we are completely kinky too, but His words suggested that there were something wrong with all of us. i know He doesn’t believe that, but the words struck me negatively. i didn’t want to embarrass Him and call Him out in front of them, so i simply affirmed that “we are extremely kinky and there probably isn’t anything that will offend us or change our feelings about you. We’re excited to learn about your kink!” Later, after Rhodie and Kilt left, i brought this up with Maximus. He thanked me for “calling me out on this.” He hadn’t realized the negative connotation His words portrayed and He really did mean to say we were kinky. 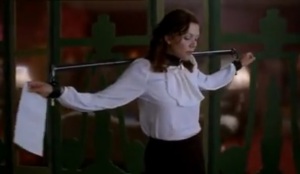 Last night, i watched The Secretary for the first time. i had seen this movie on a list of must-see BDSM movies and then Rhodie mentioned it when we were together, so i took it as a sign. The first scene is so hot, Lee, the secretary, played by Maggie Gyllenhaal, glides through the office during her secretarial duties while her wrists are bound to each end of a spreader bar connected to the back of her collar. But then it flashes back to her release from a mental hospital where she has been treated for cutting and self-mutilation, presenting her as mentally unstable, damaged, insecure, and uneducated. She meets Mr. Grey, a lawyer played by James Spader (Oh yes, the character is named Mr. Grey), who hires her to be his secretary because she is an inexperienced, insecure, young woman. The relationship is Dominant/submissive from the start.

We are NOT fucked up. We are kinky, in a consensual relationship involving power exchange, Domination/submission, pleasure and pain. We aren’t vanilla, but we are normal, sexual, sensual beings. Let’s not allow ourselves to be labeled as fucked up, especially by ourselves!

2 thoughts on “We’re NOT Fucked Up”