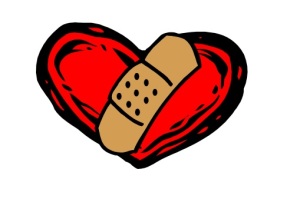 Being broken is not the correct path for us.

i realized that i was spinning out of control and i needed it to stop. i had been reactionary due to too many things piling up at once…not an excuse, but something i needed to realize and address. It was like i was on one of those gimbal ring devices that they use to train astronauts in reorientation from yaw, pitch, and roll spins. my attempts at corrections threw me into spins in different directions and i desperately needed to get this under control. Under normal circumstances, without my grandmother dying, my mom needing assistance, trepidation over a difficult race after my recent illness, i would have been able to cope, or at least been able to stop and say, i don’t have the capacity to deal with this right now without becoming over-emotional. But it wasn’t a normal circumstance and i lost it.

What did i really need? What had really been the thing that upset me?

i needed to let Maximus know i felt hurt by what He told Swimmer Guy about why He needed to cancel their dinner. i needed an apology for that. i needed Maximus and i to be back together. i needed to know that i would not be a subject of a untruth again. With that, i could wait for His divorce to be finalized.

i left Maximus a voicemail and then He called me. i explained i had been spinning out of control, unable to cope and making poor decisions because of it. i apologized. And i asked for an apology, which He gave (noting that He’d already apologized countless times for His admitted mistake). He shared something that He’d not articulated before today; His bosses reaction when He called to cancel His trip to California for my grandmother’s funeral had surprised Him, in that he was very concerned that Maximus’ divorce was not final yet and that our relationship being public could hinder the process. This caused Him to rethink His plan on telling people now. i respect this and will honor that, knowing now WHY His position seemed to be so strong now, stronger than before. And we agreed to not be broken.

This is the right thing. We’ve both been affected emotionally, mentally, physically, and spiritually to this event. We’re not eating or exercising, going manic in efforts to drown out these feelings. It had to stop. It has.

i hope to NEVER have this perfect storm ever again.

i love you, Maximus, and apologize from the bottom of my bandaged heart to your bruised one. And we are moving on, together.

And also, note, i’m trying a new platform…i think this will be better!